When I was in second grade my parents decided to build a home. It was built in a historically rural district of Indianapolis, which was originally country roads and fields with a few houses scattered throughout. With the emergence of residential development, it has since become more suburban as neighborhoods are built and vehicle traffic and human activity have grown. Over the years I have watched as the cornfields surrounding my neighborhood are increasingly being transformed into residential property. The New Rural is an exploration of the metamorphosis of a once rural community. This series is a result of the changes I have observed around my own neighborhood. Rural areas evolve as development is brought into them. The repeated appearance of car lights in each of the photographs symbolizes the way in which civilization and modern life have encroached upon these spaces. As I created this series, I reflected on my personal impact and my part in the transformation. An environment itself and the dynamic of the community is changed due to choices made. Where there is land, people will build; rural is being redefined everywhere. 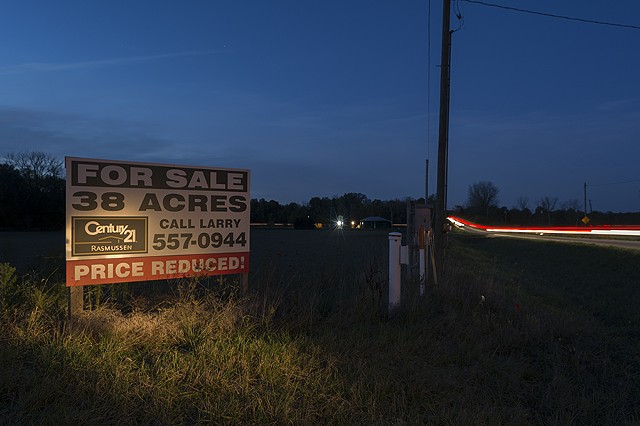 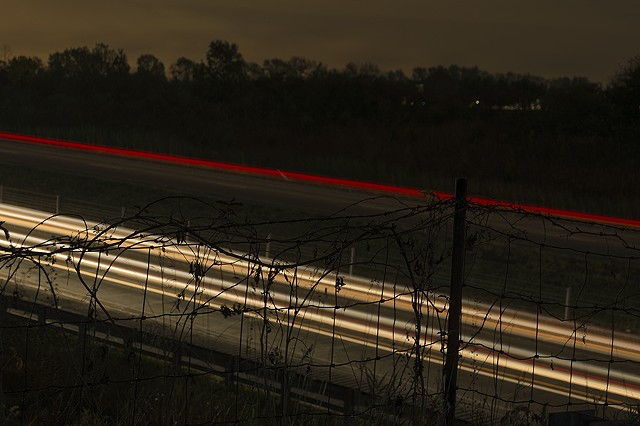 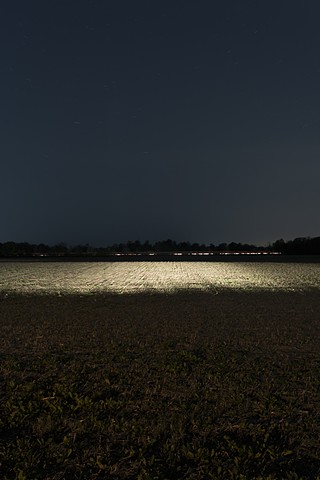